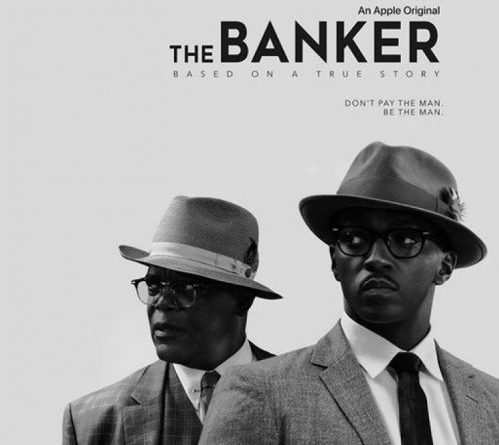 Exclusive invite for BTFC Members! Join us for an Advanced Screening of Apple TV+’s  film The Banker followed by a Q&A session with actress Nia Long.

Inspired by true events, The Banker centers on revolutionary businessmen Bernard Garrett (Anthony Mackie) and Joe Morris (Samuel L. Jackson), who devise an audacious and risky plan to take on the racially oppressive establishment of the 1960s by helping other African Americans pursue the American dream. Along with Garrett’s wife Eunice (Nia Long), they train a working class white man, Matt Steiner (Nicholas Hoult), to pose as the rich and privileged face of their burgeoning real estate and banking empire – while Garrett and Morris pose as a janitor and a chauffeur. Their success eventually draws the attention of the federal government, which threatens everything the four have built.

This Apple Original Film is powerful and thought-provoking.

Join us for this BTFC Exclusive film screening on Monday, Feb 24.

Be the first to see the film, hear from actress Nia Long and enjoy the reception afterwards!

To RSVP: Email us at [email protected] your BTFC Username. Seating is limited so register soon. First come, first serve!

Note: Seating is not guaranteed and is first come, first served so it is recommended that guests arrive early.

Love this event? Make sure to check out other member perks and exclusives!