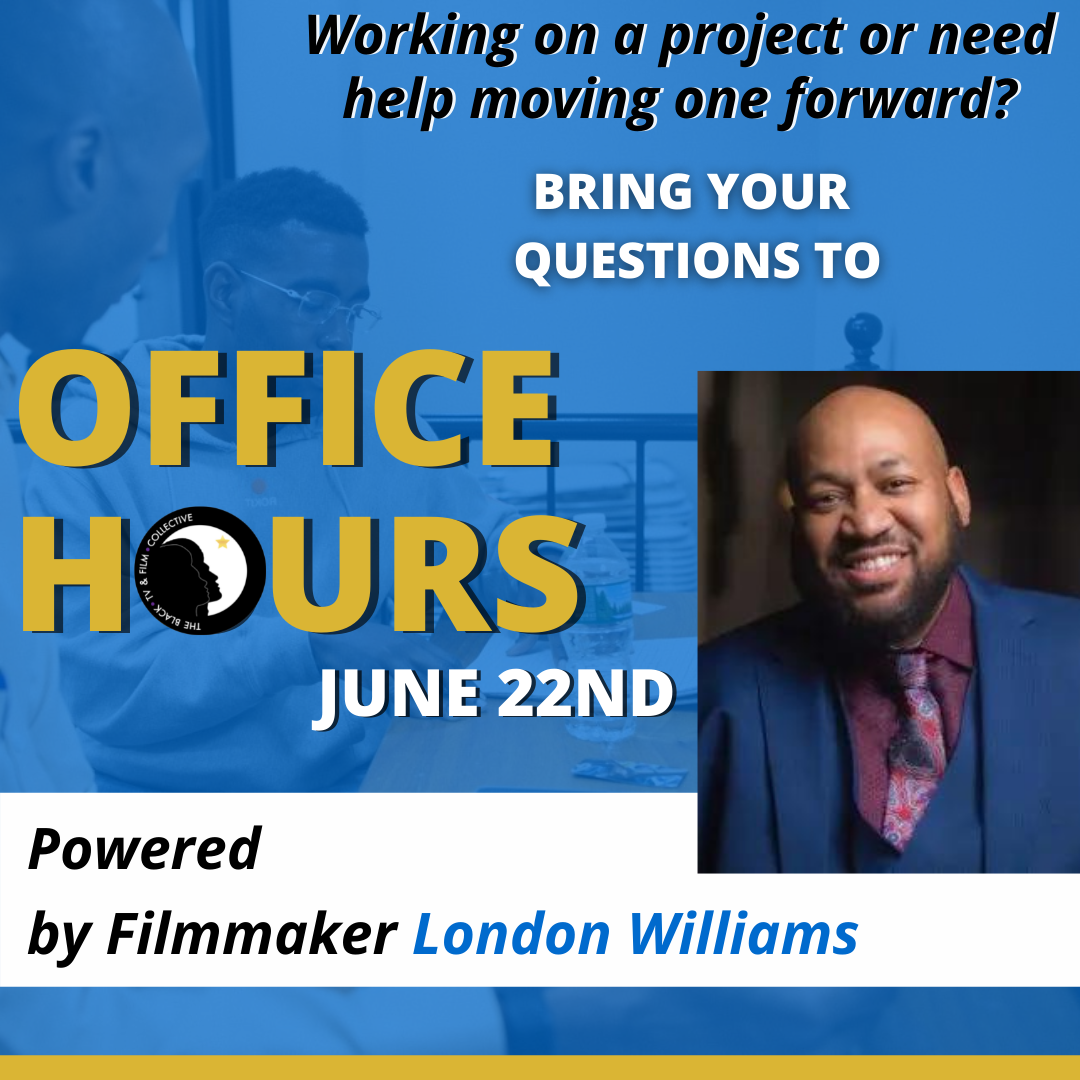 BTFC office hours are good for health – the health of your projects that is. Chat with BTFC Member and writer, director, producer London Williams about your project!

During Office Hours we do our best to offer insight and feedback that can help push you forward!

NOTE: 40-minute slots will be assigned on a first RSVP basis. A zoom link will be sent to you 48 hours before your session. Please block out 4:30 – 8:30 on your calendar until your slot is received.

Join us to talk about your projects and ideas, so that you’re better equipped to move them forward!

London Williams is a filmmaker/sports and entertainment executive that was first introduced to TV and Film as a floor manager for Dallas Community Television (formerly Cable Access of Dallas). He also spent much of his early career at Project FX Productions where he wrote and produced theater. He then went on to oversee the promotion, touring, and publishing divisions of SE Presents, Inc., a company that produced artists, concerts, and comedy shows. London attended the Digital Film Academy of New York conservatory program. London produces for Williams Family ABE (Arts-Business-Education) focusing on societal impact films. London also has a Doctorate in Business Administration and an MBA in sports and entertainment management. Having produced over four feature films, four short films, and a tv series with distribution in the past three years, London is poised to continue thriving and contributing to the film industry. London served as the producer on OutGrown which recently secured a 3 year licensing deal with Up Faith & Family TV.

Our November BTFC Member Orientation is unlike any other – we have exciting announcements about some major changes within the BTFC. All members are encouraged to attend – consider it a reunion!

The Black TV & Film Collective holds member orientation because we want to ensure that members new and old are aware of simple, easy steps you can take to maximize your membership.  Now that you’ve joined our organization, we want to make sure you both know the tools and resources that are available to you, and how to use them.

This BTFC orientation session is important to ensure that you understand the process for seeking and lending help. We want to hear what you seek to gain from your membership and encourage you to jump right in and get involved. We also want you to meet each other!

If you haven’t had a chance to explore the BTFC website, take some time to review it. Come to our member orientation with an open mind, and come with ideas on ways to make the BTFC better serve your needs!

We’re looking forward to walking you through: