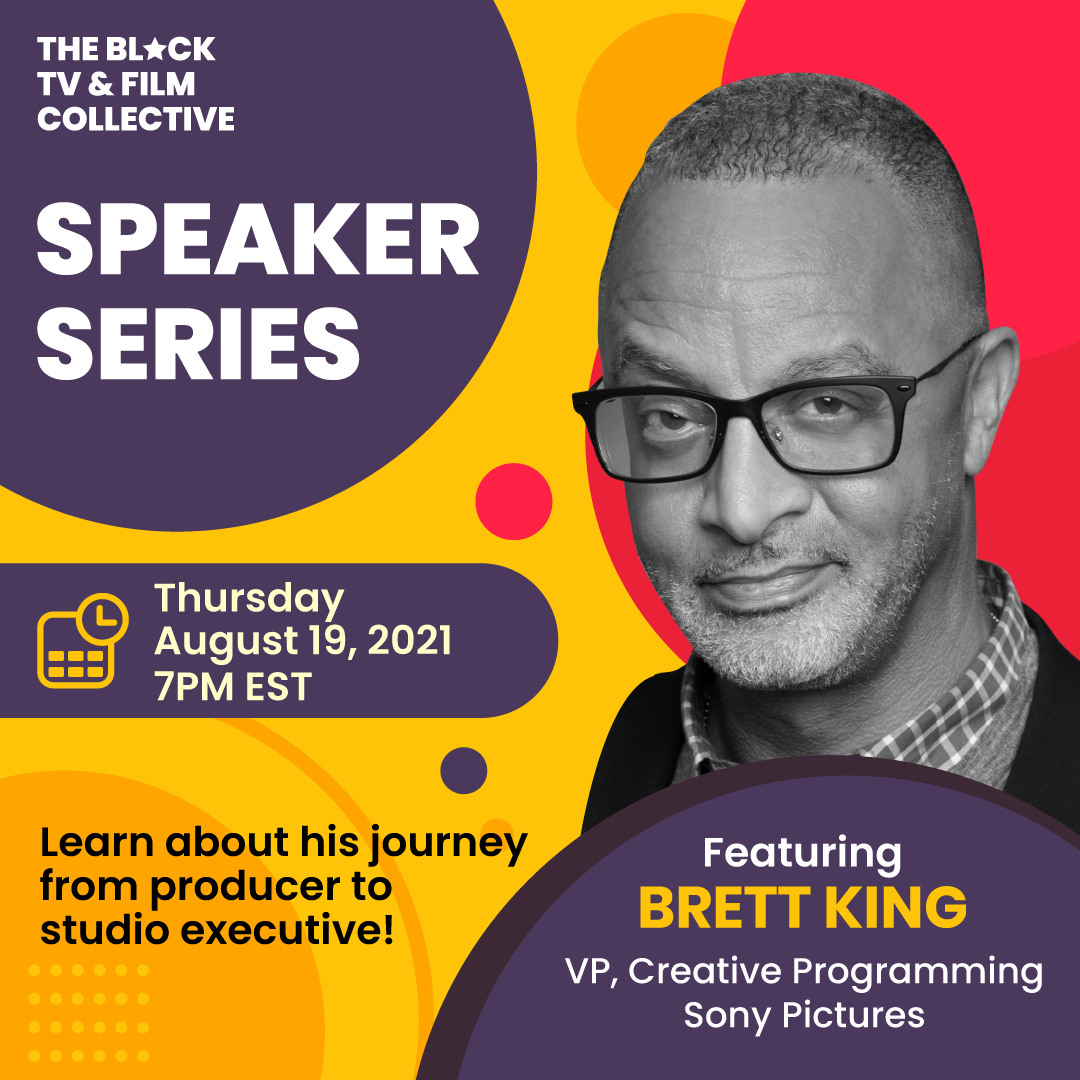 We’re back with another Speaker Series featuring Brett King, the VP of Creative Programming, Diversity & Inclusion at Sony Pictures.

On Thursday, August 19th at 7 PM ET, join us in a conversation with Brett King. This is a Speaker Series you don’t want to miss and Brett is coming ready to share tools that will be sure to empower you while you’re working on your current and future projects.  He will be speaking about his journey as a producer to a studio executive, as well as sharing tips regarding applying to the Sony Diverse Directors Initiative Program which he leads at Sony. The application period will open on Sept 1st and close on Oct 1st – so come ready to take notes!

Brett King is Vice President, Creative Programming, Diversity & Inclusion for  Sony Pictures Entertainment, where he works with both Sony Pictures Television and the Motion Picture Group to identify and advantage opportunities for inclusion throughout the studio.

King oversees the Sony Pictures Television Diverse Directors Program as well as the television studio’s Diverse Writers program, both designed to provide opportunities for women and ethnic minorities in scripted episodic television. Prior to working with Sony, King was a producer as well as a Program Consultant for  HBOAccess and for Disney/ABC Television Creative Talent Development,  working to find the next generation of content creators.

A television veteran with oversight of literally hundreds of hours of television under his belt, he has been a senior-level executive at BET, The WB, Paramount  Television Studios, and 20th Century Fox Television. His executive career followed his work in New York, where he was a staff producer of the commercial parodies at Saturday Night Live as well as a producer of innumerable music videos, commercials, and promos, all while moonlighting as a DJ in some of the city’s seminal downtown clubs.

King is a proud father of two.