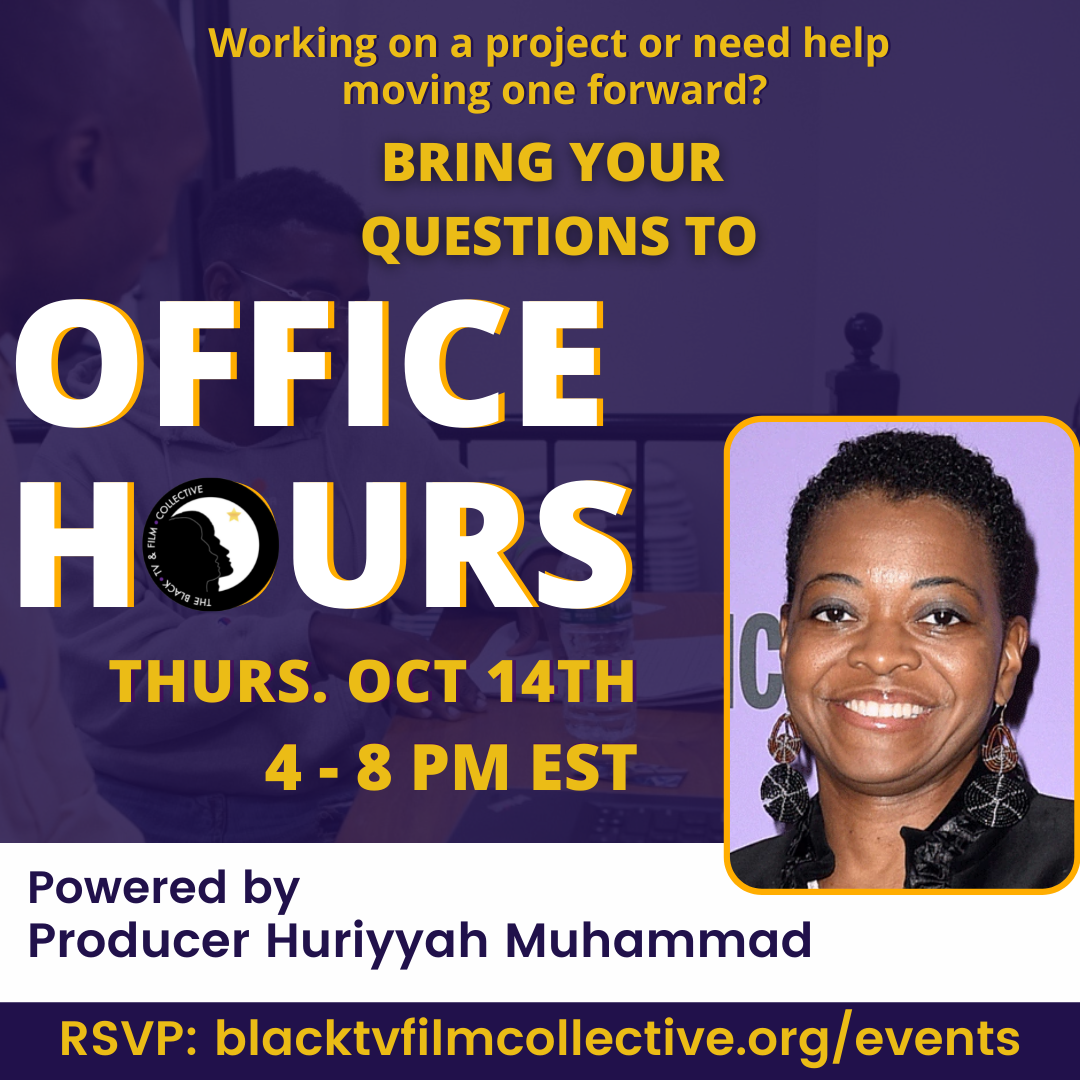 We’re almost at the end of the year and it’s the perfect time to finally get back around to that passion project!

BTFC office hours are good for health – the health of your projects that is. Chat with BTFC Co-Founder and 2020 Sundance Creative Producing Award winner (Farewell Amor) Huriyyah Muhammad.  She’ll do her best to offer you insight on pushing your project forward!

NOTE: 40-minute slots will be assigned on a first RSVP basis. A zoom link will be sent to you 48 hours before your session. Please block out 4:00 – 8:00 PM ET on your calendar until your slot is received.

Huriyyah Muhammad is an award-winning writer, director, and producer whose projects have been invited to the Sundance Film Fest, Tribeca Film Institute, AFI Film Fest, Austin Film Fest, New Voices in Black Cinema, and many others. She is both a Sundance Institute and Film Independent Fellow and a recipient of the 2020 Sundance Creative Producing Award for the critically acclaimed Farewell Amor. Huriyyah’s directing credits include the cult-fave sci-fi series, Keloid, winner of Best Web Series at multiple fests, while her short film, OutGrown, has won multiple awards including Best Short Film. Huriyyah is a 2021 Black List + WIF Screenwriting Resident and a 2021 SFFilm Rainin Grantee for her screenplay, God Help the Gayes (They’re Getting Divorced).  HuriyyahMuhammad.com