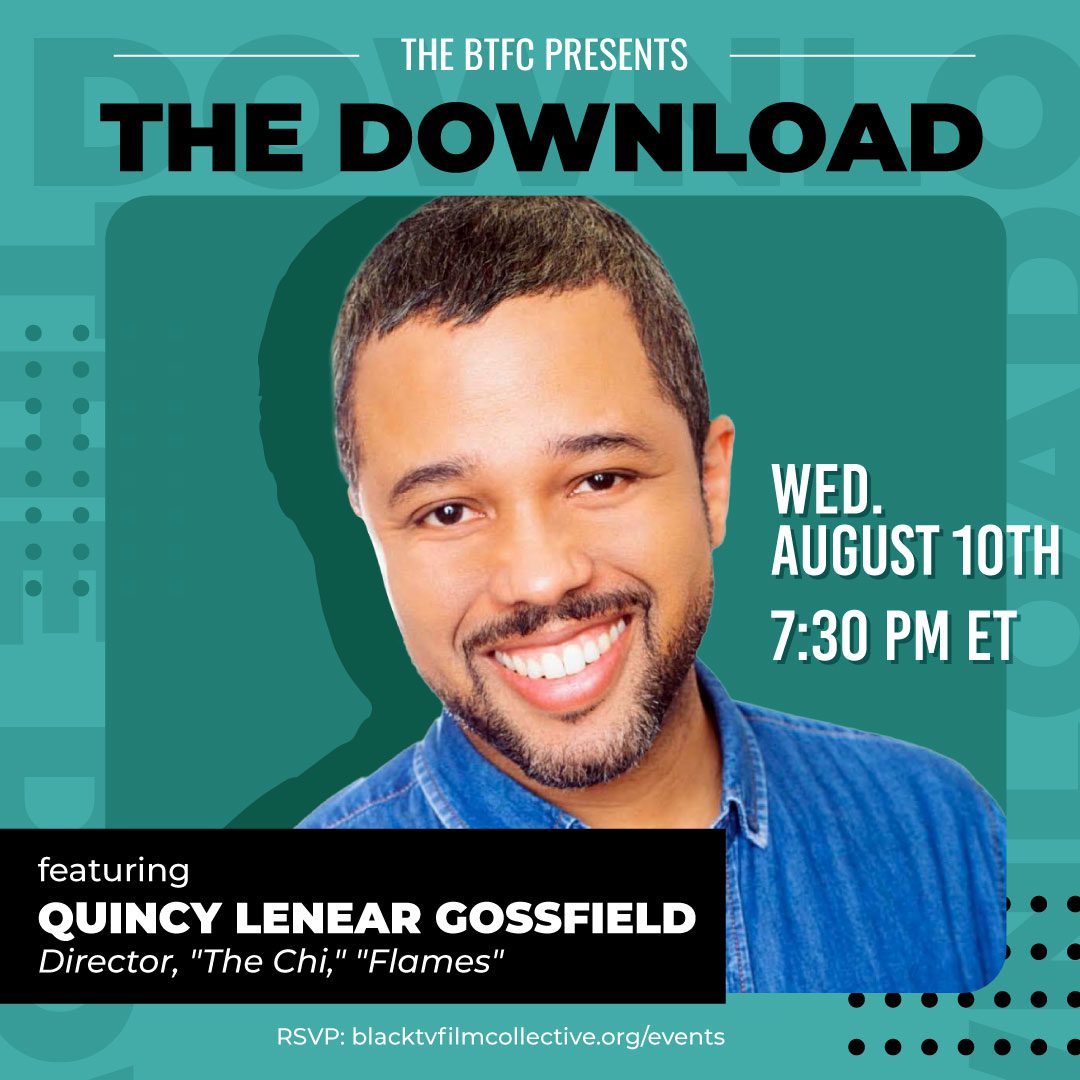 This edition we are in conversation with married directing duo Deondray Gossfield & Quincy LeNear Gossfield, Directors (“Flames,” “The Chi”). Deondray and Quincy will be discussing their work on The Chi as well as their journey as Black directors and the continued importance of diversity in the industry.

The Gossfields were also tapped to be part of the producing teams for hit shows like, Kocktails with Khloé (FYI), and Sunday Best (BET).

The pair made their TV directorial debut in 2022 on Lena Waithe’s and Showtime Network’s drama, The Chi.

Offered multiple times a year, The Download is a special virtual guest conversation series hosted by the Black TV & Film Collective. It features impactful filmmakers who provide insider knowledge to help Black creatives do their work.

First, our guest participates in a 1:1 conversation with our host about their journey and current career.

Then, we provide selected BTFC members with an opportunity to take a seat at the table with our guests and ask questions and advice of this industry veteran. In turn, our members are provided with an opportunity to engage in conversation with someone whose career might inspire them. Those who attend are also further encouraged and motivated to make their work! Recent guests on The Download have included Aaron Rahsaan Thomas, Charlene Polite Corley, the editing team of A Black Lady Sketch Show and Janine Sherman Barrois.

Join us at this edition of The Download and get the information and inspiration you need to #MakeYourWork! RSVP today!

Become a member and get discounts for BTFC events! Visit www.blacktvfilmcollective.org/join