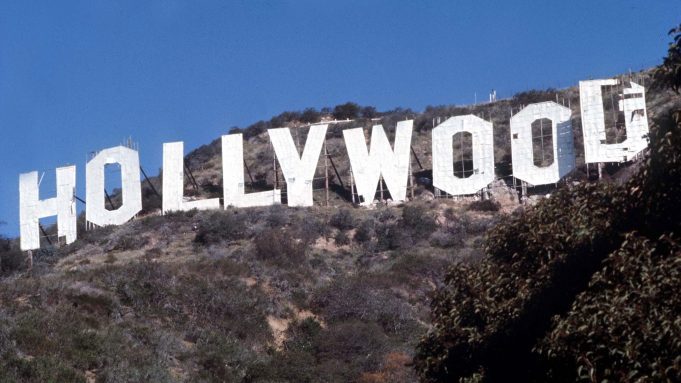 Let’s Be Honest: An Open Letter from Over 125 Black and Brown Independent Producers and Allies…

This letter is from Black and Brown independent producers in alliance with advocates for change. As one extended community, we require your active engagement to tackle systemic racism in our industry, in America and around the world. While messages condemning racism and advocating for solidarity on social media may inspire hope, Hollywood must put its money and practices where its mouth is. A direct line can be drawn from the stories and voices that Hollywood silences, to the discrimination and biases that are pervasive in the entertainment industry and larger society. This moment in history presents an opportunity for you to be an incredible partner for change.

Our aim is that this letter produces strategic commitments from Hollywood players to reshape our industry into one whose words are supported by action. Toward that end:

Banish “it’s too small” from your lexicon. It is insulting to our stories, our history, our impact on world culture, and our worth. Our stories are referred to as “too small” because they do not center white characters or a small subset of actors whom you deem valuable. We know that many of our stories scare you because they go against your preconceived notions of us, and that perhaps you do not have ready-made templates to market and sell them. There are Black and Brown marketing experts who do. Hire them and together let’s push truthful, bold and imaginative stories by Black and Brown storytellers. We must emphasize this point because there are countless men and women in the streets right now, putting their lives, health, and livelihoods on the line, fighting for an end to systemic racism. There will be no end until financiers, distributors and the community of decision-makers cease this practice of marginalizing our voices and our stories. This marginalization perpetuates the racism we’ve experienced for centuries, negatively impacts our economic livelihoods, and further obscures our humanity. If Black lives matter to you, our stories and the scale on which they are marketed and distributed must as well.

Hiring Black and Brown writers and directors is of course of great importance, but rarely is this opportunity given to Black and Brown independent producers. This is especially troubling because producers often work with multiple writers and directors. Supporting one producer effectively supports many Black and Brown professionals above and below the line. Take a look at the first look and overall deals that studios have extended to producers. In 2019, of the 105 deals reported, only 18 were people of color, but 8 of those were actors, 4 were directors and one, our brother, LeBron James. The quick math reveals only 5 producers. These numbers are astoundingly inequitable and they directly impact the stories that are told and the economic sustainability of our communities. Take a deeper look at the community of Black and Brown independent producers, working hand in hand with talented directors. Many have compelling slates of projects in need of willing partners.

There hasn’t been a Black producer on Variety’s “10 Producers to Watch” list since 2017. Perhaps it’s because of the above catch phrase that designates our stories as “too small”? We don’t mean to point the finger solely at Variety, because similar lists are printed in various trades. In addition, they all seek recommendations from agencies, management companies, and elite publicists. So this incredibly valuable publicity is often limited to advancing the careers of those who need publicity the least.

Actors and reps, become more demanding about the teams behind the camera. If there are no Black producers, no Black DPs, no Black department heads, just say no. To reps, be proactive in asking on behalf of your clients. Without your vocal support, we will continue to be largely shut out of this industry and it is not for lack of Black excellence. It’s for lack of will on the part of producers, network executives and studio heads. It’s that simple.

So many people, braver than we, are on the front lines fighting a cause that cannot be won without active partnership from Hollywood. We stand ready and willing to deliver narratives and share voices that dismantle paradigms that make racism acceptable, comfortable, or at best, “just a terrible shame.”

We challenge you to become willing partners in this righteous endeavor. If the full spectrum of our experiences are not produced, marketed and celebrated on the same budgetary scale and with the same regularity that white stories are, then you are actively denying our humanity. Our stories and experiences can no longer be limited to being backdrops for white narratives and protagonists. Nor should our stories of brutalization and suffering be told for mere entertainment, pity, or others’ edification. Until we are able to show our FULL joy, grief, fear, history, pride and all other myriad of emotions and experiences, then you, Hollywood, are just upholding the status quo and enabling a society that keeps white people comfortable in their racism and Black people perpetually dehumanized. You are a large part of the problem and it’s time to be honest about it. For far too long, the images on our screens have projected lies and partial truths when it comes to our lives and history, minimizing our perceived value and creating ripple effects throughout society.

Your messages of Black Lives Matter support are a first step. But after decades of rewarding racism in your ranks and beyond, it’s time to do more. If Black lives really matter to you, our stories must as well. Tell the whole truth Hollywood. Black and Brown lives all over the world depend on it.

Melissa Adeyamo
Producer, Eyimofe “This is My Desire”

Arinze Onugha
Attorney and Creative
Board of Directors, the Black TV & Film Collective

Kahlil Garner
Board of Directors, the Black TV & Film Collective

Laura Fielder
Board of Directors, the Black TV & Film Collective

Jacqueline “JJ” Ingram
Producer, Come As You Are

This story was originally posted by Deadline at https://deadline.com/2020/06/indie-producers-of-color-advise-hollywood-on-what-is-needed-to-make-biz-more-inclusive-open-letter-1202961453/