Accessibility in a Time of Online Engagements 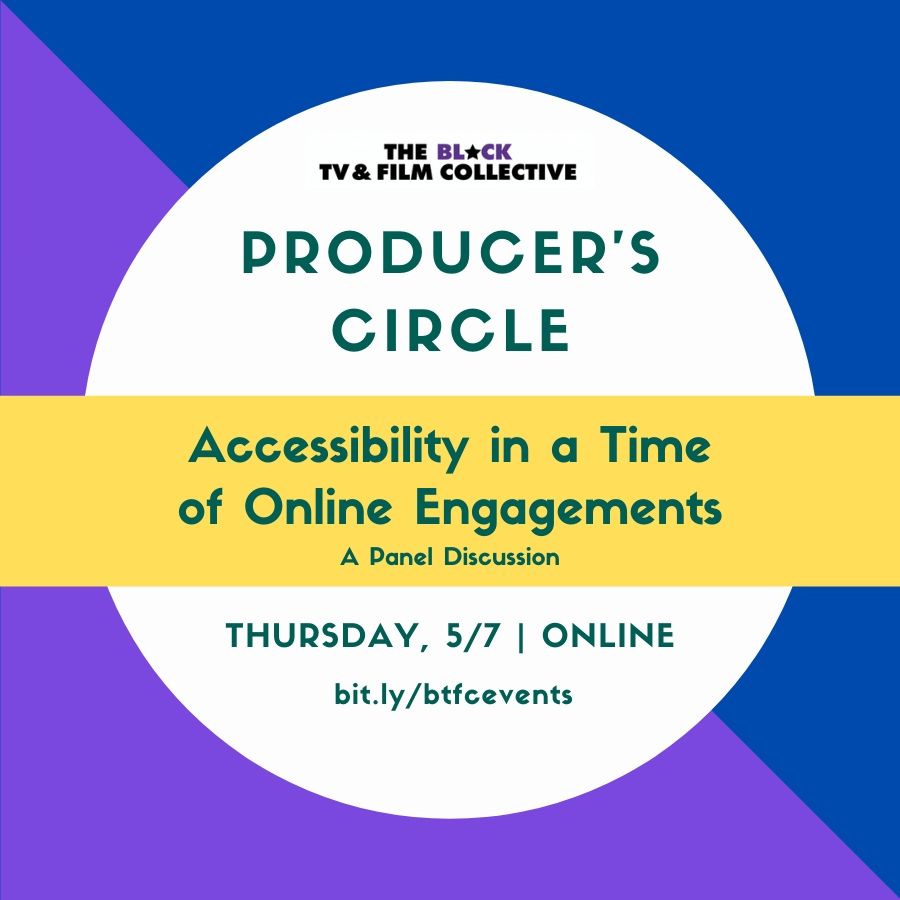 Accessibility in a Time of Online Engagements

As the need to “go virtual” has increased, it is important for producers to plan and use tools to ensure equitable access to language as outlined by The Americans with Disabilities Act. This practice gives all viewers access to benefit from enjoying online content.

Accessibility in a Time of Online Engagements, is a panel discussion featuring some of today’s advocates of accessibility in the workplace that will help event organizers and planners consider audiences of varying abilities.

The aim of this panel discussion is to help content creators and film producers understand and implement the proper  technology and approach in order to provide viewers who identify as deaf/hard-of-hearing with a positive virtual viewing experience.

This member-led session hosted by Brittany Franklin explores the options that creators can choose when producing online content.

Brittany Franklin is a writer, director and producer. She is known as a thought leader on diversity & inclusion. Brittany Franklin is a socially driven Filmmaker from New York City, with a diverse arts background in theatre and film. She is a graduate of the prestigious LaGuardia H. S. of Performing arts, holds an A.A. In Journalism and a certificate in Filmmaking from New York Film Academy, from which her graduating thesis “Finding God” debuted in the 2017 Cannes Short Film Corner.

Writing has been a longstanding passion of hers. At the young age of 8, her first poem which memorialized Roy Wilkins and highlighted issues of bigotry and bias in American History, was published by the New York Press. This solidified her stance as a prolific writer and she has since written, directed or produced stories to showcase the experience of underrepresented groups in film and media which have premiered in NYC Webfest and Tribeca Youth Film Initiative.

As a black, hard of hearing woman in film, Brittany believes it is her responsibility to shift the narrative of media to one that is open, accepting and challenges the way an audience thinks. She has founded Cerebral Entertainment Studios to create and launch an open marketplace to eradicate inequality in entertainment and provide support to productions that are looking to satisfy inclusion riders.

Mariella Paulino creates systems and tools that center on helping people interact better with the world around them. In 2014 she was pulled over by police officer. Because of her hearing loss, her inability to follow commands was understood as noncompliance and created a situation that could easily have escalated. The experience left her so shaken she went on to do her Master’s degree in communications to explore how people with disabilities interact and communicate with the police. The thesis then turned into a social venture company, Project Hearing, which among many other things, creates bumper stickers that say “Deaf Driver” in an effort to create better interactions between deaf people and police officers.

She has worked in tech as a software developer, designer, and now as a project manager and is passionate about the intersection of technology with social impact initiatives that create inclusion, accessibility, and equity.

Born in California and raised in Nebraska, Ashley Eakin is a writer-director based out of Los Angeles with a physical disability. This year she was 1 of 8 women selected for the AFI Directing Workshop for Women and her project SINGLE was selected for the SXSW 2020 Film Festival and received the Special Jury Recognition Award. Eakin was also the recipient of the New York Women in Film Loreen Arbus Disability Awareness Grant.  In 2017 Eakin was featured in a SoulPancake video talking about her rare bone condition, Olliers disease and Maffucci Syndrome. The video went viral reaching over 50 million views. Her medical journey has immensely influenced her passion to pursue stories that advocate more diverse representation for people with disabilities.
In addition to Eakin developing a TV series that explores the world of dating with a physical disability, she is also writing a coming-of-age R-rated comedy loosely based on her own experiences in high school.
[kleo_divider type=”full|long|double|short” double=”yes|no” position=”center|left|right” text=”” class=”” id=””]

*You can turn on closed captioning for this event*