Artist Talk Q&A with Marcus J. Guillory on Starting a Career as a Screenwriter 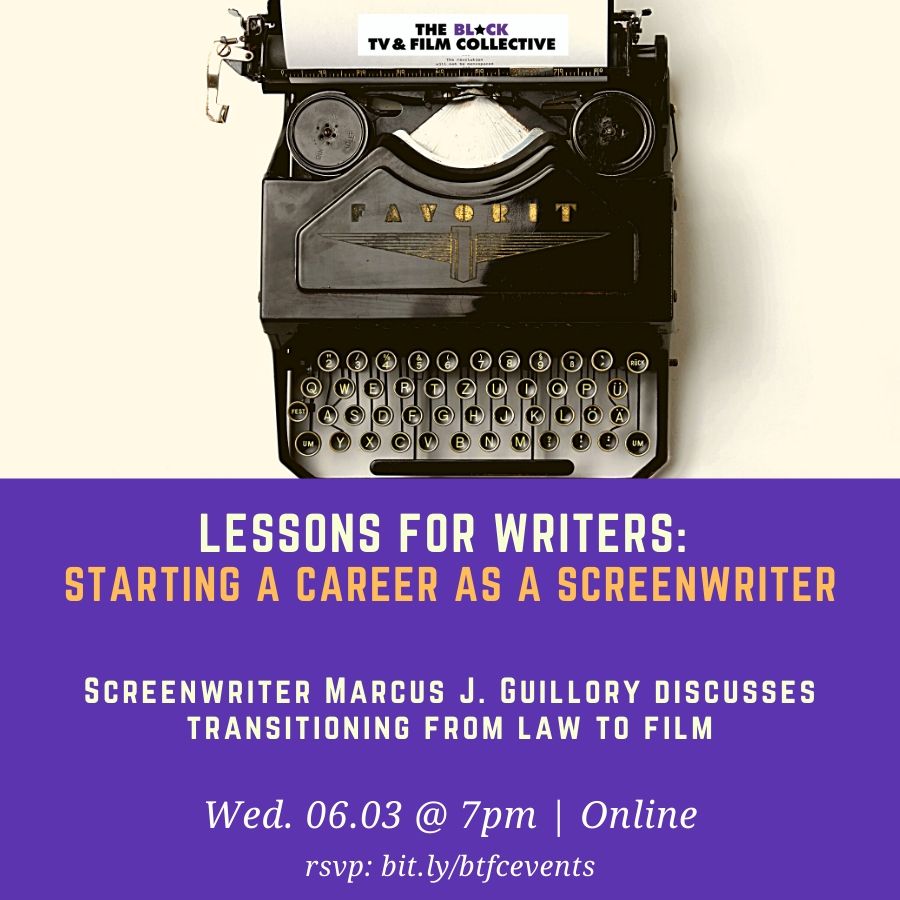 Artist Talk Q&A with Marcus J. Guillory on Starting a Career as a Screenwriter

Making the transition from one career to another is hard, no matter what business you’re in. If you have been thinking about making the switch from your 9-to-5 and jumping all in to screenwriting, this Q&A session with Lawyer-turned-Screenwriter Marcus J. Guillory could help.

This lesson is an Artist Talk Q&A session with Marcus J. Guillory and Letitia Guillory as moderator.

Marcus has written for Empire, Cloak & Dagger, Tales, the Breaks and many more!

Wherever you are on your screenwriting journey, check out this series.  Also if you have pages you’d like table read, send us a note to [email protected] and we will help put together a reading!

Here’s a clip from screenwriter, Cheo Hodari Coker.
In the clip below he shares his process for writing:

Polymath. Guillory is from the neighborhood of Southpark, Houston, Texas.  Marcus attended the University of Pennsylvania where he received a B.A. in Philosophy.  While attending UPenn, he worked as a financial analyst at Hamilton Lane Advisors, private equity firm.  Yet his artistic passions began to take form, having taught himself saxophone, trumpet, guitar and percussion. Marcus performing as a percussionist.  After college, he enrolled at Tulane Law School in New Orleans. While pursuing a J.D., he studied, performed and recorded with world renown percussionist, Bill Summers of The Head Hunters and Los Hombres Calientes fame and started a Latin jazz fusion band, Taino, which received great praise in the New Orleans area.  While in New Orleans, Guillory recorded and performed with George Clinton and P Funk, Cyrille Neville, The Meters, George Howard, N’Dea Davenport and many others.

After law school, Guillory served a brief stint at the Directors Guild in Hollywood then began a sojourn with the entertainment law firm of Bobbitt & Roberts as their protégé attorney, spending four years as a full service entertainment attorney, working in film, music, TV, internet, literature and more.  His client list included Spike Lee, Usher, MTV, BET and more.

In 2012, Guillory produced a documentary, Indians and Cowboys, about the Lakota Sioux in Pine Ridge, South Dakota at the invitation of the late Chief Oliver Redcloud.

In non-scripted television, Guillory has worked as a creative executive and story producer in reality television for MTV, E!, CourtTV, BBC and others.

In scripted television, Guillory has written and produced on Vh1’s The Breaks, BET’s Tales, Marvel’s Cloak & Dagger and Fox’s Empire.