Getting In The Room 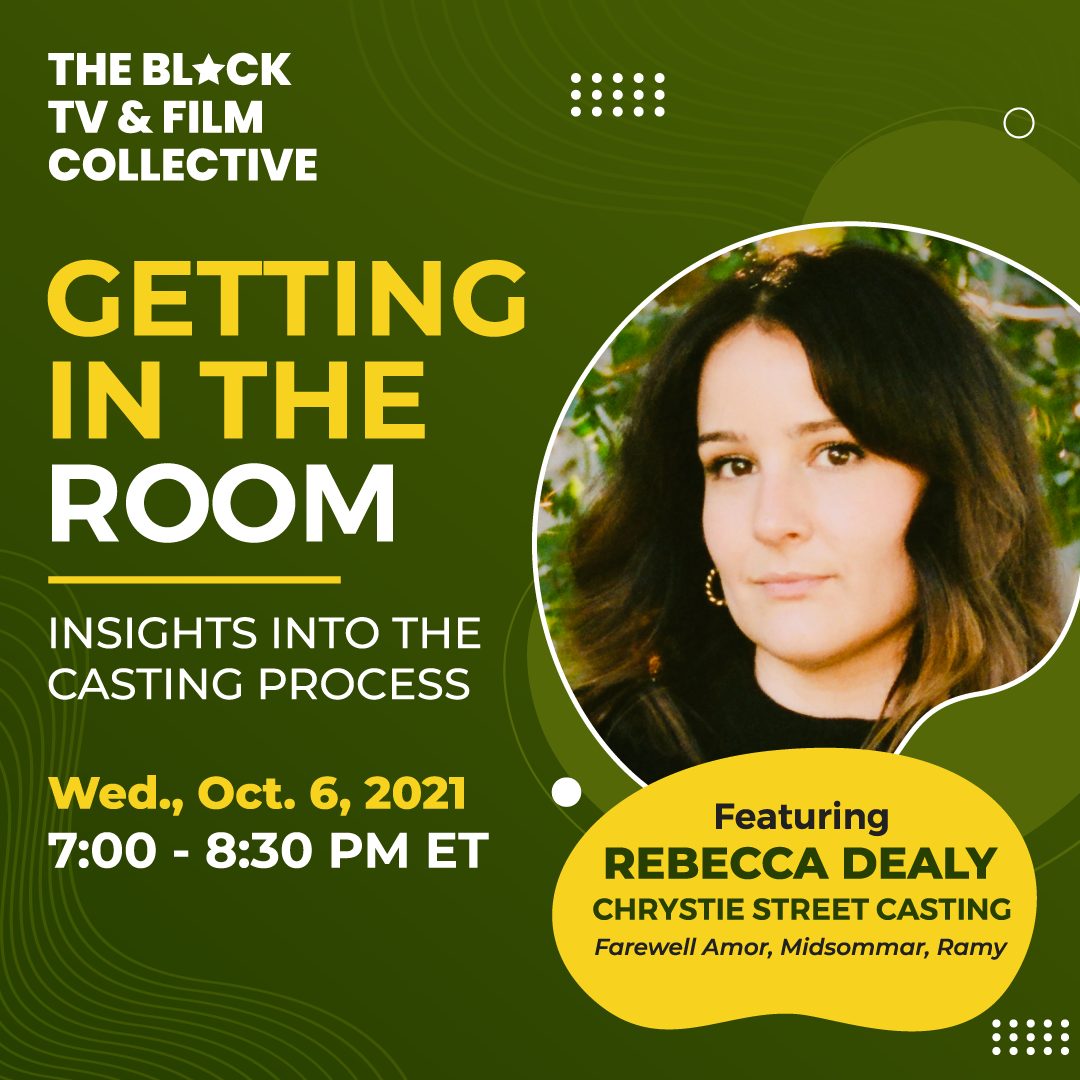 Getting In The Room

CALLING ALL ACTORS: On Wed., October 6th at 7 PM EST, we’re bringing you the insight about getting in the room featuring Rebecca Dealy of Chrystie Street Casting!

Navigating the entertainment industry as an actor can be highly intimidating – but it doesn’t have to be! With the proper preparation and education about how the casting process works – you can get one step ahead of those nerves that pop up the moment you get called in for an audition.

Or maybe auditioning isn’t your challenge, and you’re interested in pivoting from acting to becoming a casting director. No matter your path in this industry, casting is the cornerstone of your project. Learn from Rebecca Dealy (Farewell Amor, Midsommar, After Yang) about the casting process.

This conversation will moderated by Producer, Director, Writer Yhá Mourhia Wright be followed by an audience Q&A – we’ll see you there!

Yhá Mourhia Wright is a multi-hyphenate artist from San José, CA. In May 2016, she graduated with her MFA in Acting from the Actors Studio Drama School. Upon graduation, she founded her production company, YháWright Productions, and developed the company’s first original series, #LoveMyRoomie now streaming on Amazon Prime Video. She has produced for MadameNoire and interviewed beloved talent such as Kim Fields, Robin Givens, Dawn-Lyen Gardner, Ester Dean, and Emil Wilbekin. Additional Credits Include Spot A True Period Piece (Short Film, Producer, Assistant Director); Pillow Talk streaming on BET+ (Supporting); It Stays Here (Short Film, Writer/Producer); The Basement (LABryinth Theater Company, Writer).  Her most recent podcast, Inside Out Podcast, can be found on iHeart Radio, Spotify, and Apple Podcast. YhaWrightProductions.com