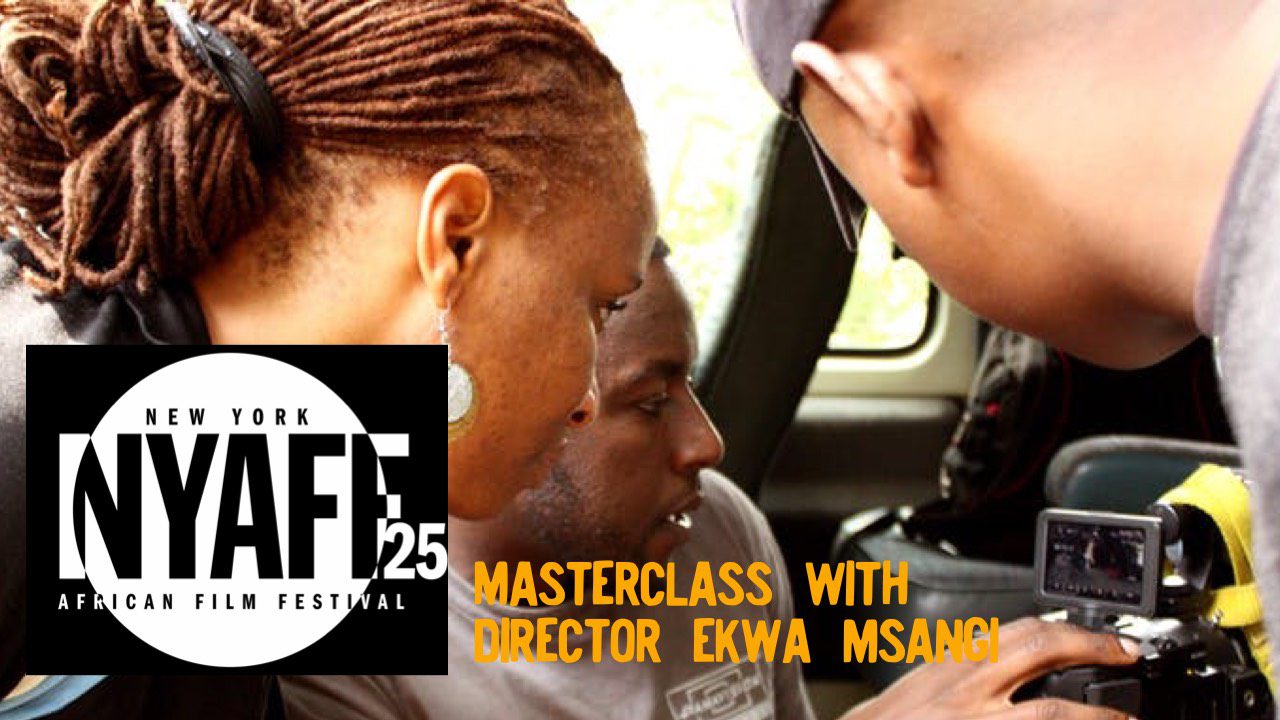 Join the New York African Film Festival for a conversation with filmmaker Ekwa Msangi about building a sustainable career as a filmmaker, supported by creative allies both on the continent and in the Diaspora.

This event is free, but registration through the link is required:

Seating is limited. For all free events, AFF will release registered seats 15 minutes before start time, at which point seating will be on a first-come, first-seated basis until venue reaches capacity.

Ekwa has also written & directed several drama series for mainstream broadcasters in Kenya and MNET South Africa, including The Agency, MNET’s first ever original hour-long Kenyan drama series. Ekwa was selected for the 2012 Focus Features’ Africa First Program and the 2016 Berlin Talent Campus. In the past Ekwa has been adjunct faculty at Tisch School of the Arts, as well as a recurring mentor in Mira Nair’s East Africa based Maisha Screenwriting Labs. Currently Ekwa is the resident educational instructor with the African Film Festival, teaches Screenwriting 3 at The New School, and Short Film Screenwriting at Feirstein Graduate School of Cinema, Brooklyn College.

Ekwa’s first webseries All My Friends Are Married launched to rave reviews, and she is in development on her first feature documentary about Tanzania’s first president, Mwalimu Julius Nyerere, and her award-winning podcast entitled African Cinema NOW!