Producer’s Circle: Film vs. Script (A Discussion on Parasite) 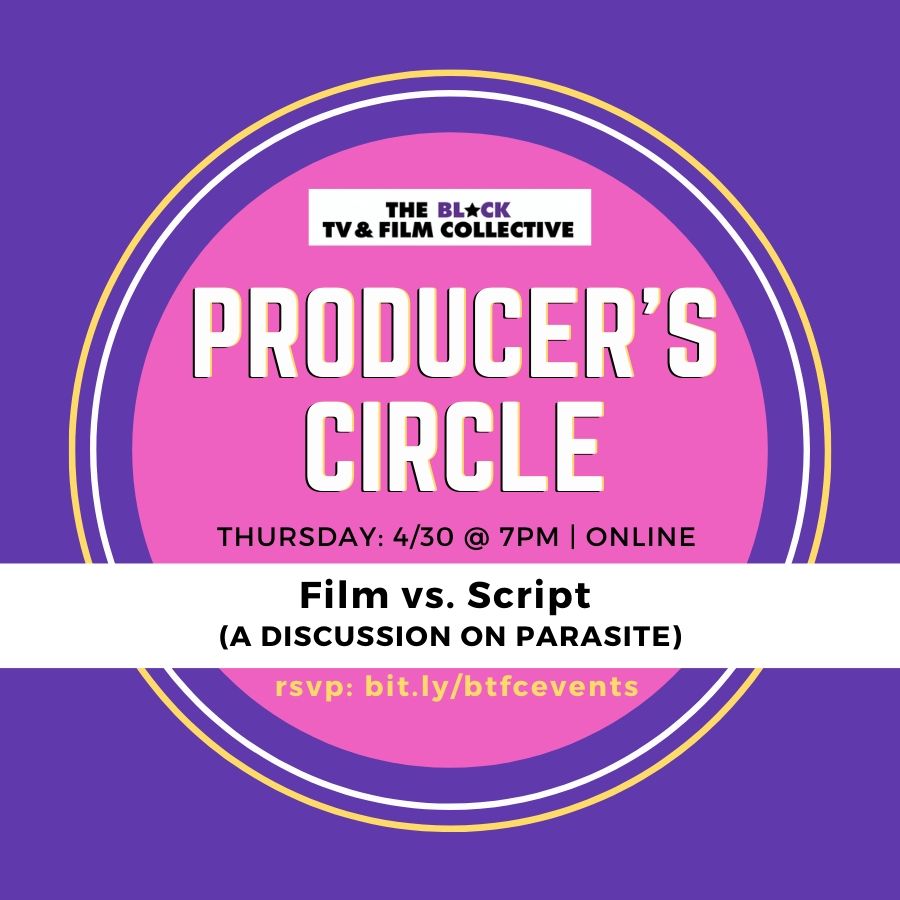 Producer’s Circle: Film vs. Script (A Discussion on Parasite)

In these days of creating our own content, everyone is or wants to be a producer.  Understanding how to bring a story to life from script to screen is an important requirement of one’s work as a producer. Join us as we compare Bong Joon Ho and Han Jin Won’s screenplay Parasite from page to production.

*Please watch the film and read the script prior to the meeting.

A poor family, the Kims, con their way into becoming the servants of a rich family, the Parks. But their easy life gets complicated when their deception is threatened with exposure.

From Hulu: “The Park family is the perfect example of aspirational wealth. The Kim family is rich in street smarts (but not much else). By chance or fate, these two families are brought together and form a complicated, symbiotic relationship.

In a turn of events, the fragile ecosystem between the Kims and Parks is threatened, causing an inevitable collapse. Parasite is a darkly hilarious and heart-wrenching film showcasing director Bong Joon Ho at the top of his game.”