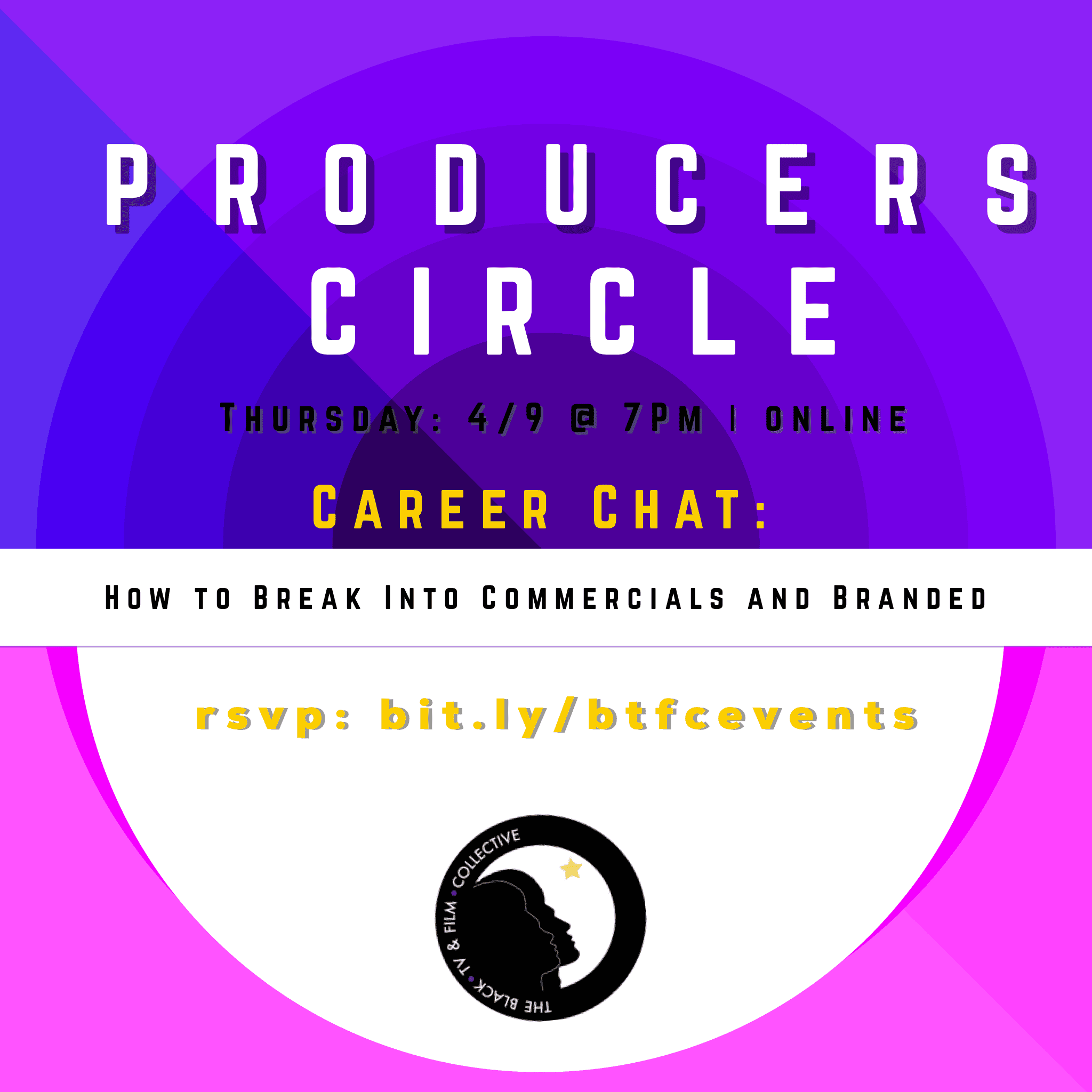 This week’s Producer’s Circle will be led by BTFC member Okema Moore. Okema will share more about her journey as a producer. breaking into Branded and Network. It is this work that helps to keep her bills paid and independent producing projects alive.

In these days of creating our own content, everyone is or wants to be a producer.  However, the transition of indie producer and producing one’s own work, to branded and network production is possible, but usually one that requires strategy, relationships and transferable skills. Come learn how you can get on the branded and network radar, while still creating your own work!
Discussion Points:

Okema T. Moore is a Brooklyn-based actress, producer and writer… who sometimes directs. Aside from creating her own award-winning works and producing indie projects that have been shown in festivals domestically and internationally, Okema has produced a plethora of branded work for various household names, including Nickelodeon, FOX and DreamWorks. She is the former Creative Producer and Production Manager for Netflix’s comedic genre brand, Netflix Is A Joke and was the lead producer for BRIC TV’s Sole Kings and their scripted show The Future is Then, which premiered as a 2019 Tribeca N.O.W. selection.  Initially a production coordinator for both OWN’s Oprah’s Master Class and the Food Network’s Chopped , Okema went on to write and produce on the Food Network’s Beat Bobby Flay. Presently Okema is the Post Producer on the PBS/American Master’s docuseries UNLADYLIKE2020, which drops a new 10 minute short doc that is both live action and animation.