Producing Circle: Producing with an all Black Women Team 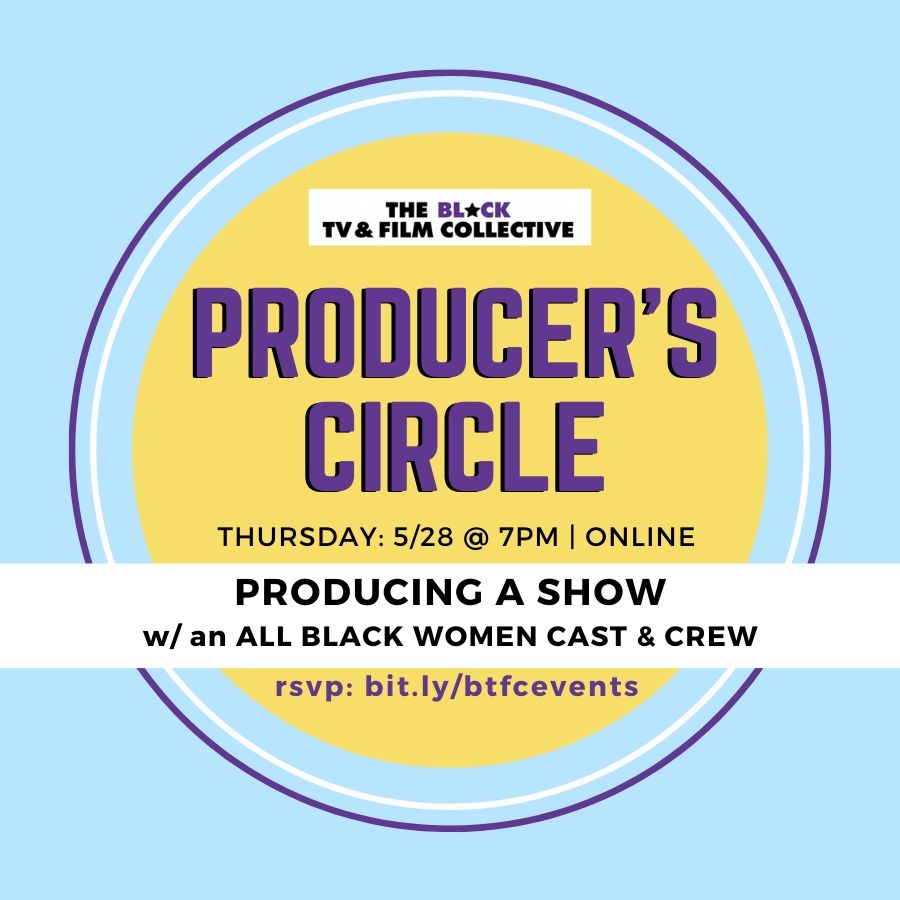 Producing Circle: Producing with an all Black Women Team

This week’s Producer’s Circle will be led by BTFC members Ashley Denise and Ricki Lynée. The ladies will share about their journey as producers. Explore the triumphs and challenges the team faced while producing their latest work “The Retreat” with an all black women led cast and crew.

-Authentic casting and reasonable accommodations during production
-Pooling resources, problem-solving and getting creative

Nuanse Entertainment is an independent film and video production company based in New York City. We are devoted to depicting multi-dimensional characters across every genre. Our work contributes to the perpetuation of a new narrative about the black experience.

Ashley Denise discovered her dream of writing for film and television while studying English at Yale University. In 2009, she moved to New York to pursue her career. She established Nuanse Entertainment, a boutique production company, whose goal is to create colorful characters for every genre. Projects include feature-length and short films, webseries, comedy sketches and music videos that have screened at festivals and showcases across the country. Her work has been featured on The Huffington Post, Comcast/Xfinity, IndieWire/Shadow And Act, Project Catalyst, KweliTV and the National Black Public Media Consortium. Ashley is a recipient of Big Vision, Empty Wallet’s Kickstart Diversity Program and a member of the Brooklyn Filmmakers Collective.

Ricki Lynée is a New York City based actress, model, writer and producer. Born into a large family in Queens, Ricki began acting at the age of 12. She played classical piano for many years and is a former hip-hop dancer. Ricki co-runs and operates the boutique independent film production company, Nuanse Entertainment, alongside Founder/Artistic Director, Ashley Denise. She is also a proud member of Stable Cable Lab Co., a non-profit organization committed to creating an environment for new work and for theatre artists to flourish. Ricki is committed to developing a body of quality work highlighting women and minorities, telling untold stories, and dedicated to challenging social norms. Ricki Lynée recently received the “Outstanding Lead Performance in a Play” award for her work in The Diplomats in the 2017 Fresh Fruit Festival.