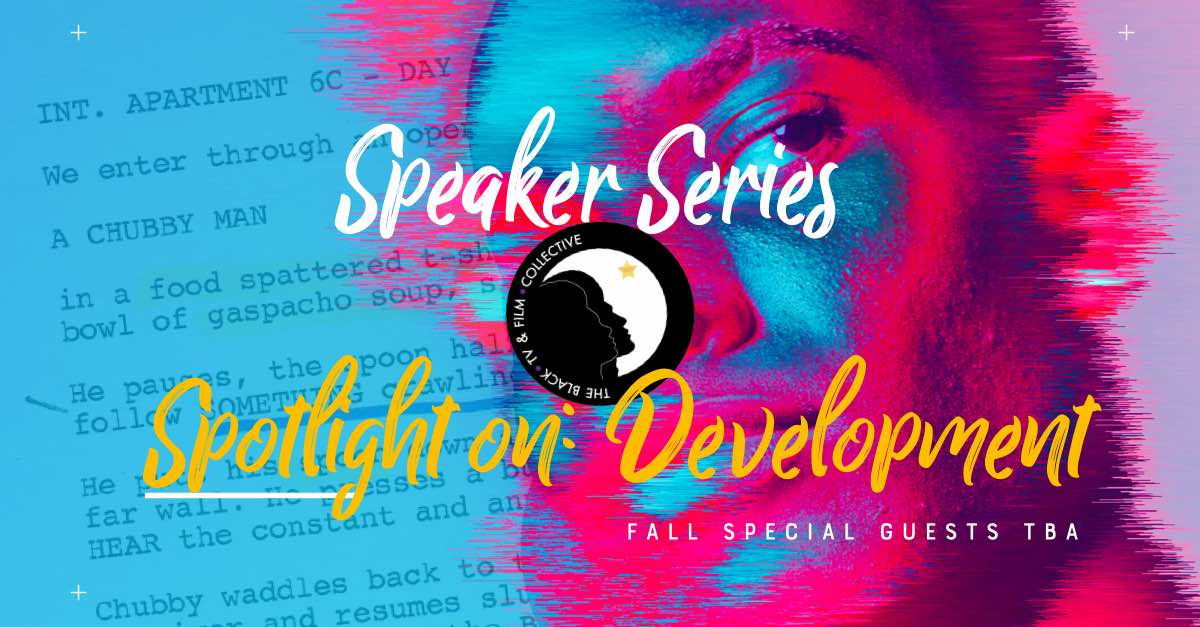 Are you writer or director that has a production ready script but don’t know which direction to drive it? Maybe, you know exactly the direction to go but you don’t have any producers for guidance? These are road blocks that creatives are always running into. For this reason, we start our Fall Speaker Series with Development.

We’ve invited in a few SPECIAL GUESTS for the upcoming BTFC Speaker Series. We’re shining a SPOTLIGHT ON DEVELOPMENT…a critical stage of any film’s life. In fact, what a writer/director/producer does in this initial stage can set a trajectory for a film or project. Our guests tonight will be focusing on the development of independent filmmaking, the pre-pre-production of the process.

What exactly is development? Good question! It’s attracting the human and financial capital, its creating the “package” that attracts even further resources.

As a writer or director, you may have a script that is collecting dust, but needs to be set in motion. When starting from square one, it is hard to find a starting point to begin the journey and that’s why we’re here!

In our Spotlight on Development, we’ll hear first hand from industry leaders on the processes of attracting and attaching producers and other collaborators to their film. It is important, as creatives, to know how to mesh with the business development side of a film. Our special guests will be in the house to discuss their process as independent filmmakers and how they built their masterpieces from the ground up!

What’s next in our Speaker Series? Of course the next stage AFTER development is pre-production. The pre-production stage of filmmaking is where the Producer, Writer, Director etc, all come together and make important decisions for the production of the film, it’s critical that the vision for the film is communicated clearly to these individual for the best result!

Independent films require maximum effort from the production team so creatives have to find the right people to care for their film. The BTFC knows that the selection process can be confusing or stressful. That’s why next month we’re bringing a new special guest to drop all of the knowledge that gives their films extra leverage. Here is your chance as a writer or director or whoever to learn how to create a strong production foundation and be confident in your film!