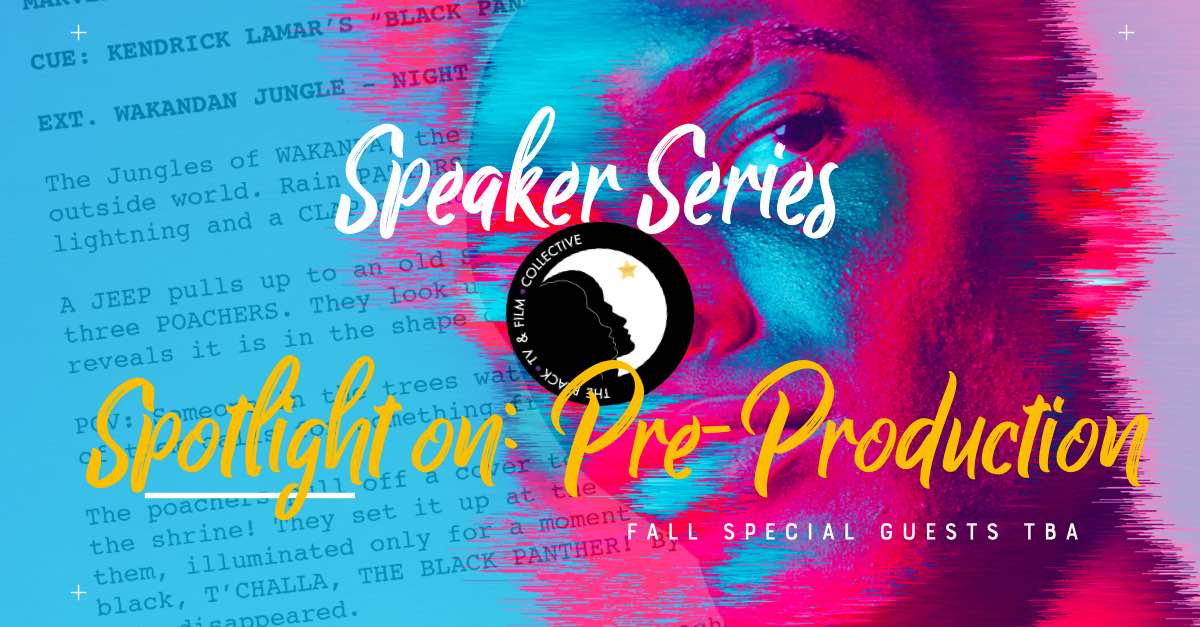 Are you a writer or director thinking of moving your scripted series into production? Have a production ready series but need some advice? Many of us have ideas, scripts and/or the desire to create amazing digital scripted series. For this reason, we continue our Fall Speaker Series with writer, director, producer and CEO of Black & Sexy TV, Dennis Dortsch.

We’re shining a SPOTLIGHT ON PRE-PRODUCTION…a critical stage of any piece of creative content’s life. In fact, what a writer/director/producer does in this initial stage can set a trajectory for a film or project. Dennis has a lot to say on this topic, particularly his approach as a director. We’ll talk about staying in service to story, while building collaborative teams in front of and behind the camera. We’re talking about when to cut corners and when not, when to pick your battles, and how to work in independent filmmaking, through the pre-production phase.

Dennis is a 2008 Sundance Film Festival Alumni and Gotham Award nominee for Breakthrough Director for his feature film debut A Good Day to be Black and Sexy. Dennis co-founded the spin-off platform, brand, and start-up company, BLACK&SEXY TV, producing and distributing multiple digital series, direct to audience, since 2011. Dennis personally co-created and directed the hit web series, The Couple (picked up for development by HBO) and Roomieloverfriends (licensed along with three other series by BET) for his startup company. As a visionary and CEO, he oversees all productions and growth strategies for the digital network, including a paid premium subscription service, launched in 2015.

What exactly is pre-production? Good question! It’s the steps and conversations that are taking immediately before principal photography. How long should pre-production last, is there a hard and fast rule, what do you do if it’s clear a team member isn’t gelling with the rest of the team, how do you remain true to the story when a producer is telling you, “we just can’t afford it”. If you are creating a digital series, will an audience forgive the small details? How much does it take financially to create a series?

As a writer, director pr producer, you may have a script that is collecting dust, but needs to be set in motion. On the beginning of the journey, it is hard to find a starting point and that’s why we’re here!

In our Spotlight on Pre-production, we’ll hear first hand from industry leaders on the processes of attracting and attaching producers and other collaborators to their film. It is important, as creatives, to know how to mesh with the business development side of a film. Our special guests will be in the house to discuss their process as independent filmmakers and how they built their masterpieces from the ground up!

What’s next in our Speaker Series? Of course the next stage AFTER development is pre-production. The pre-production stage of filmmaking is where the Producer, Writer, Director etc, all come together and make important decisions for the production of the film, it’s critical that the vision for the film is communicated clearly to these individual for the best result!

Independent films require maximum effort from the production team so creatives have to find the right people to care for their film. The BTFC knows that the selection process can be confusing or stressful. That’s why next month we’re bringing a new special guest to drop all of the knowledge that gives their films extra leverage. Here is your chance as a writer or director or whoever to learn how to create a strong production foundation and be confident in your film!