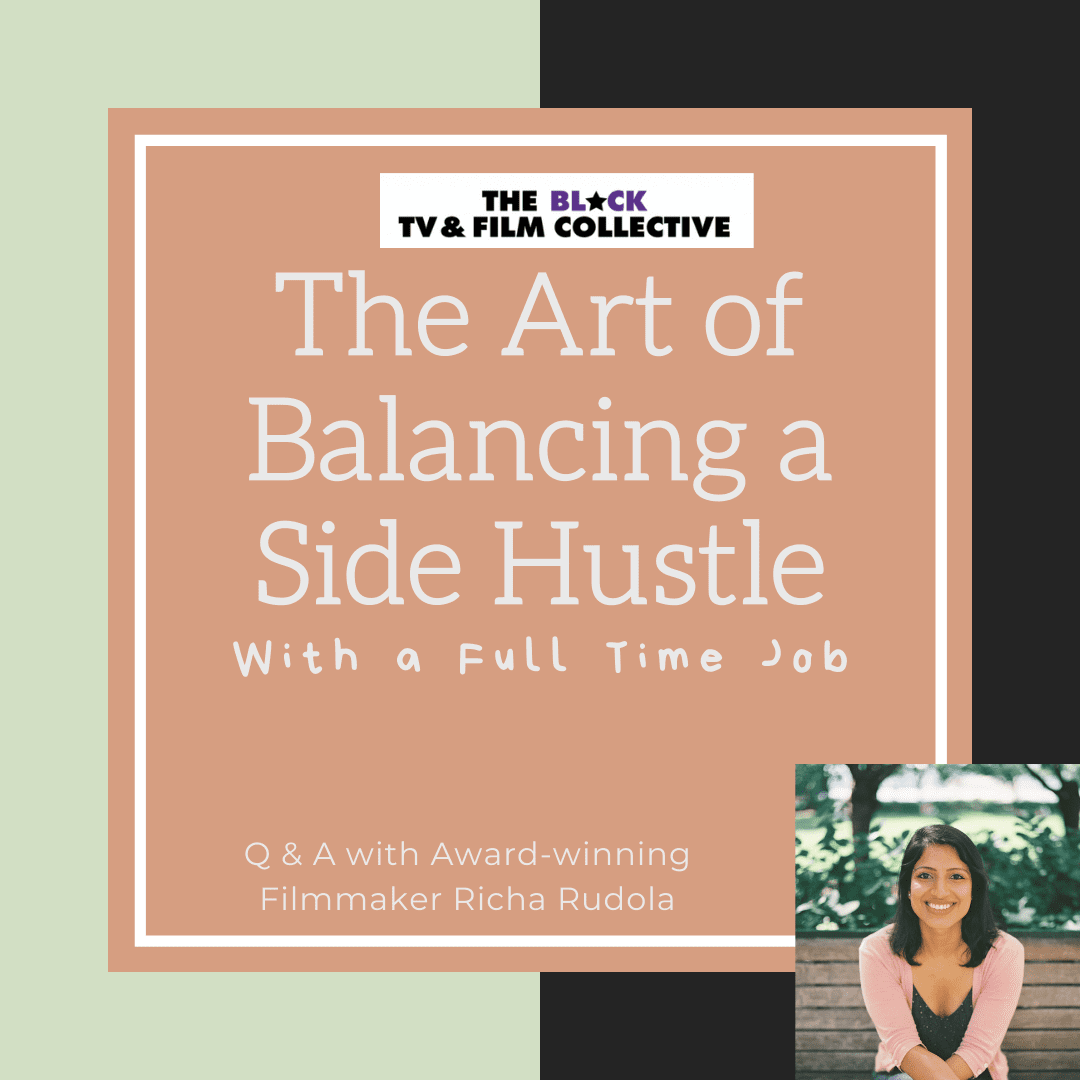 Many of us find ourselves juggling projects we pursue for passion with those that pay the rent. Join us as statistician-turned-filmmaker Richa Rudola walks us through her own experience and shares tips on how to balance a creative career that feeds our souls with one that feeds our bodies. Your side hustle vs. Your 9-to-5 job.

Time for Q&A at the end.

Join us during the month of April for our member-led Online Learning Sessions.

Richa is an award-winning NYC-based filmmaker. Films were not a big part of Richa’s childhood growing up in India, but it wasn’t until pursuing a statistics graduate degree in the U.S that she discovered independent and foreign cinema and fell in love with the medium. Her first short film, “TAAZA KHOON” (FRESH BLOOD), screened at Nashville Film Festival and won 7 awards across 27 film festivals eventually picking up distribution by Shorts TV India. Her latest short film THE SEAL won the 2019 Future of Film is Female grant and is currently enjoying a successful run on the festival circuit with screenings at Vail Film Festival, HollyShorts and Seattle South Asian Film Festival, among others. She directed the short poetry film INDIAN-AMERICAN sponsored by the 2019 Visible Poetry Project and has another directing project in the works. FERMENT, a one-act play she wrote & directed, was a semi-finalist in the 2017 New York New Works Theater Festival. Richa is currently developing a TV series about dream-based matchmaking.

Richa’s scripts have been shortlisted for Oscars-qualifying HollyShorts, Nashville Film Festival’s Pitch, ATX Television Festival and programs such as ScreenCraft Film Fund and Shore Scripts Film Fund. She was selected as 1 of 50 film directors from across the world for the Shore Scripts Directors Roster. As an actor, she has performed in short films and Off-Broadway plays in New York City. Her film writings have appeared on Static Mass Emporium, a UK-based independent film publication.

Richa is a strong proponent for increasing diversity in storytelling and serves as the Vice President of Development for NYC Women Filmmakers, a non-profit organization dedicated to supporting women in film.