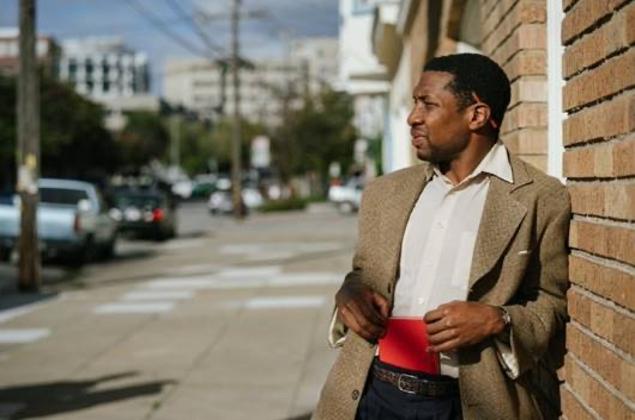 FROM THE OFFICES OF Made in NY Media Center by IFP:

Join us for a virtual screening of IFP Alumni film THE LAST BLACK MAN IN SF on Tuesday, May 12th at 6:20 PM along with a ZOOM Q&A following the film at 8:30PM.

Join us for a virtual screening of IFP Alumni film THE LAST BLACK MAN IN SAN FRANCISCO on Tuesday, May 12th at 6:20 PM EST along with a ZOOM Q&A following the film at 8:30PM EST with actor Jonathan Majors.

THE LAST BLACK MAN IN SAN FRANCISCO follows Jimmie (Jimmie Fails) and his best friend Mont (Jonathan Majors) as they try to reclaim the house built by Jimmie’s grandfather, launching them on a poignant odyssey that connects them to their past, even as it tests their friendship and sense of belonging in the place they call home.

**Reminder the virtual Q&A is live via Zoom and we encourage attendees to watch the film beginning at 6:20 PM on Amazon Prime**

In February 2019, Majors received rave reviews for his performance in Joe Talbot’s THE LAST BLACK MAN IN SAN FRANCISCO following its premiere at the Sundance Film Festival. The movie marked Majors’ first leading role and was released on June 7th, 2019, in New York, San Francisco and Los Angeles before rolling out to other markets later that month. For his role as “Montgomery Allen”, Majors was nominated for a Gotham Award in the category of “Breakthrough Actor” and an Independent Spirit Award for “Best Supporting Male.” The Hollywood Reporter also went on to name him as one of Hollywood’s rising young stars in its 2019 Next Gen Talent feature. The actor will next be seen starring in Netflix’s Spike Lee joint DA 5 BLOODS as well as HBO’s highly anticipated straight-to-series drama “Lovecraft Country” created by Academy Award winner, Jordan Peele, in which Majors is the lead. Next, Majors will begin production on Jeymes Samuel’s directorial debut as outlaw Nat Love in Netflix’s THE HARDER THEY FALL. He is also set to co-star opposite Glen Powell in Black Label Media’s DEVOTION, as directed by J.D. Dillard.

*This information has been pulled directly from ifp.org