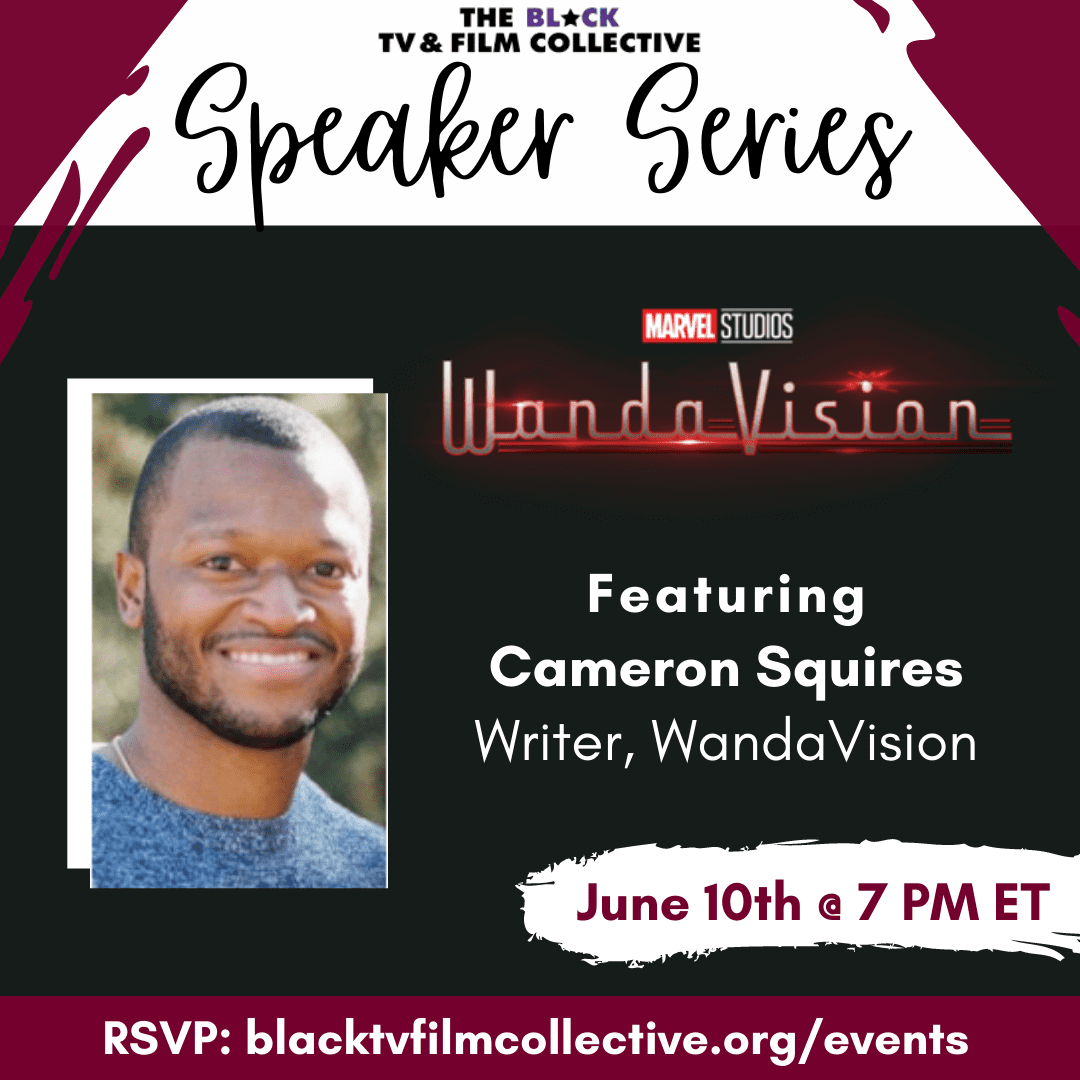 On Thursday, June 10th at 7 PM ET, join us in a conversation with Cameron Squires. He’s an accomplished writer who was most recently a part of the writing staff of the acclaimed Disney+/Marvel Studios series WANDAVISION.

Cameron is currently developing an animated pilot with HBO Max entitled FENCE and is also the Executive Story Editor for a new untitled STAR WARS series for Disney+. Screenwriters – we know that it breaking into the writer’s room is not easy! This is a chance for you to hear from a writer who is doing amazing things in the industry and telling stories that he believes in!

Cameron Squires is currently developing an animated pilot with HBO Max entitled FENCE, which is based on the BOOM! Studios graphic novel, and is also serving as Executive Story Editor for an untitled STAR WARS series for Disney+. He recently served as Staff Writer on the critically acclaimed Disney+ / Marvel TV series WANDAVISION and Story Editor on Netflix’s upcoming animated series AGENT KING. Prior to that, he served as Staff Writer on Season 2 of TBS’s animated series FINAL SPACE, which Conan O’Brien produces. He was the show’s Writers Assistant in Season 1 and got an episode that season. An Indiana native who played collegiate baseball at Yale, Cam moved to LA to pursue writing. He got his start in the ICM mailroom before getting a crash course in comedy working with Ed Helms.