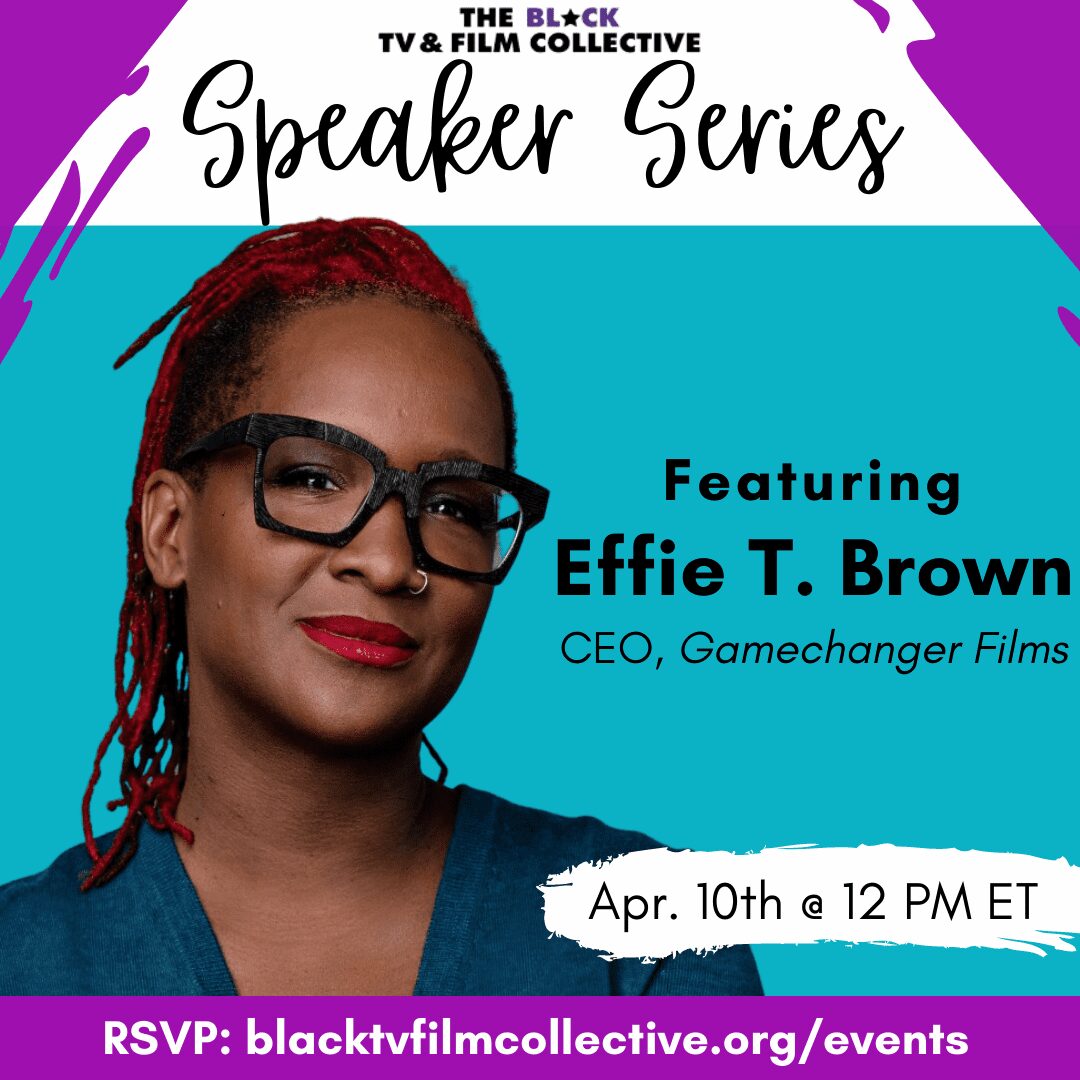 We have a true pioneer and renaissance woman Effie T. Brown in the (virtual) house on April 10th at 12 PM ET to chat with us about her journey in becoming a filmmaker. She’ll also dive into the trials and tribulations she encountered and how they helped shape her career to where it is now.

Effie has produced some of our favorite films and projects from Dear White People to Lee Daniels’ STAR on Fox. Her achievements led to her most recently being named CEO Of Gamechanger Films which launched in 2013 as the first film fund for women filmmakers.

Under Effie’s leadership – this fund has expanded to include projects by people of color for people of color, LGBTQ+ stories and, people with disabilities.

Effie T. Brown is the CEO of Gamechanger Films, which launched in 2013 as the first film fund for women filmmakers and now under Brown’s leadership includes projects by and about people of color, LGBTQ+ and people with disabilities as well as its expansion into television and digital content. Brown is also an award-winning film, television, and digital producer known for her highly acclaimed, multi-platform repertoire as well as championing inclusion and diversity in Hollywood, both behind and in front of the camera. Brown has produced several critically acclaimed films and award-winning projects including Real Women Have Curves (directed by Patricia Cardosa), Dear White People​ (2015 Independent Spirit Awards Best First Screenplay), HBO’s Project Greenlight (Executive Produced by Matt Damon & Ben Affleck), among several others. Brown also served as an executive producer on Lee Daniels’ ​STAR ​on FOX and Disney Channel’s ​Zombies. Prior to Gamechanger, Brown founded Duly Noted Inc., a company dedicated to ground-breaking narratives that use the genre to challenge and advance our culture in a disruptive way. Brown’s dream is to change the world through film and TV – celebrating our differences while bringing us all closer together.